Coach Allen is from Omaha, NE and where he attended Creighton Prep and eventually graduated from Bellevue West High School. His passion for baseball started right when he began playing at three years old.  ln high school, he played football and baseball but chose to narrow his focus on baseball.

In college, he played baseball at Barton Community College for two years then transferred to the University of Nebraska-Lincoln to finish school where he graduated with a Bachelor’s Degree in Business Management.

He started his coaching resume in the fall of 2021 while coaching for the Nebraska Prospects. He started giving hitting lessons shortly after. My passion and love for the game is why he chose to join Driven Academy and help develop players of all ages. 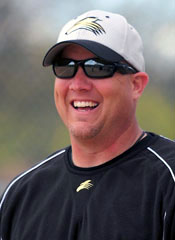 Coach McLaren has over two decades of professional softball coaching experience. During his 14 year tenure as an assistant and head coach at Nebraska Wesleyan University, Butch developed 75 NCAA DIII 1st teamers, 84 all GPAC selections, and 4 GPAC pitcher of the year winners. As the head coach of Lincoln East High School, he took the Spartans to the Class A State Finals while coaching 25 all-city selections, 9 all-state honorees, and the Nebraska player of the year. McLaren played baseball and football for the University of Northern Arizona. He is a middle-school educator by day and works primarily with fast pitch students at The Driven Academy. 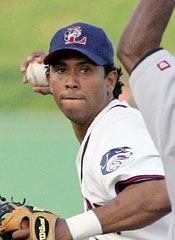 Coach “Machi” has been described as the Mayor of Haymarket Park, playing 6 seasons with the Lincoln Saltdogs – including the 2009 championship team. Beyond his time with the hometown favorites, he has 15 years of professional experience at the national and international level as a part of the Montreal Expos and Chicago Cubs organizations, as well as the Mexican and Venezuelan leagues. Albenis was an all-around player with multiple accolades at middle infield and at the plate. He is third all-time in Northern League hits. Machado coaches hitting, fielding fundamentals, and team coaching at The Driven Academy. 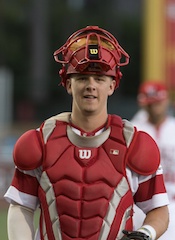 Coach McKinnon brings NCAA Division I experience to The Driven Academy as the former starting catcher for the Louisiana Layette Ragin Cajuns. A graduate of Lincoln Northeast high school, Kole is a community icon in demonstrating the connection between hard work and success.  As a coach, he has worked with numerous younger athletes as well as assisting the programs at Lincoln Northeast and Waverly high schools.  At The Driven Academy, Kole coaches catching, hitting, and fundamentals.

Coach Jake Skala is from Kearney, NE and graduated from Kearney High School. My passion for baseball started at an early age because I was able to play in the Little League World Series in 2012 for the Midwest team. ln high school, I was a 3 sport athlete but narrowed in my focus on baseball. Throughout high school, I was a starting pitcher and helped Kearney win state my sophomore year. Junior and senior year we made it back to the tournament but fell short of the championship.

In college, I played baseball at Barton Community College for two years then transferred to the University of Nebraska at Lincoln to finish school. At Barton, I was a starting pitcher and helped the team reach the regional tournament in 2019.

I started my coaching resume in 2015 while coaching for Kearney Little League then moved to Lincoln and coached fall ball for the Nebraska Prospects after my baseball career had finished.

I am excited to be a resource for players to develop their skills and expand their knowledge of the game.

Micah Ramage was born and raised in Pasadena, TX and played baseball for 4 years at Concordia University, Nebraska in Seward, NE. In high school he was voted by the other players in the school program to receive the “Heart Award”, an award given to the person who showed the most dedication and passion to the game throughout the season. Now the head legion baseball coach in Seward, he has 4 years of coaching under his belt and loves helping players develop their skills to become better ballplayers

“At Driven, the athletes are encouraged to see that they can change their physical skills as well as their mental approach to the game. There is nothing more rewarding than seeing kids get excited about hard work and feeling confident in their abilities.“

PERFECT THE PROCESS ENJOY THE SUCCESS